Teenagers are extremely aware of their appearance, often obsessing over details that adults disregard. They don’t dress the same way adults do—self-conscious teenagers fear drawing too much attention to themselves. In order to avoid being overdressed, they go for the “not-very-dressed-up” look. Other people like attention and will wear almost anything to get it. 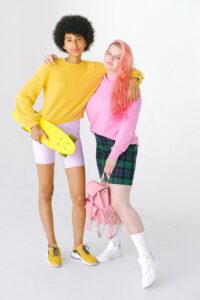 Teenagers are probably the most fashion-conscious people on earth. A teenager’s lifestyle is heavily influenced by fashion and image. Fashion is significant to them because it shows the world who they are or who they want to be. Teenagers have different personalities, so there are clothes in different styles, sizes, colors, and materials.

As people grow up, their sense of themselves is shaped by the clothes they wear. Fashion is a way for teens to express themselves, connect to their peers, and gain social status.

Teenagers express themselves through their clothes and hairstyles. The clothes a teenager wears are a way of individuating themselves and demonstrating how they wish to be perceived. In the meantime, with a wide selection of clothing and good suggestions, like from a fashion blogger or social media influencer, teenagers can be made to choose their dress wisely.

Why Is Fashion Important for the Youth of Today?

Young people tend to imitate what they see others wear, as long as it looks “hip” or “in style.” Teenagers are quick to follow fast fashion to fit in. Teenagers’ wardrobes change as the seasons and fashion trends change. Let’s look at why teenagers care so much about fashion:

As a teenager, peer pressure has a significant impact on issues such as alcohol and drug abuse, fashion and street style, the kind of friends one has, and academic success. Of course, there is positive and negative side to peer pressure.

Teenagers often dress in a certain way to avoid mocking and humiliation from their peers. As a result, they fear losing their friends if they dress inappropriately. A typical American teenager will probably shop with friends or ask for advice on how to dress up for an event, such as a birthday party. Others around them influence teenagers because they believe that they need to fit in somehow. By copying the fashion trends around them, they can feel like they belong to the world. Teenagers use fashion to hold friendships and boost their self-esteem by “mirroring.”

Teenage girls are most affected by this issue. Media and magazines have an impact, in some way, on a girl’s physical appearance and women’s clothing. When a skinny model or an Instagram influencer appears on the cover of a magazine, teens will do whatever it takes to look like them. It has resulted in many lifestyle changes among teenage girls and unhealthy behaviors such as eating disorders. The internet also plays a role in a teenager’s body image problems. Comparing yourself to what you see on the internet as a social media influencer can negatively affect body image, which is closely related to fashion and style. 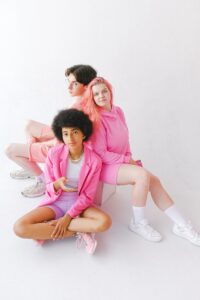 Magazines and media provide teens with information regarding upcoming trends to know what to buy and what not to buy. Fashion magazines are still popular among teenagers, especially here in the U.S. Teenagers’ lifestyle and sense of style are heavily influenced by these fashion shows and magazines since most teenagers buy clothes after perusing the latest magazines. Magazines play a large part in how teenagers choose their clothes.

Teenagers, especially girls, are the target audience for most fashion magazines. Magazines will feature a celebrity or a fashion influencer wearing fancy clothes on their covers to attract young girls. In turn, these magazines endorse the brands and stores from where celebrities purchase their trendy and stylish clothes.

Teenagers idolize the celebrities that they love. They look up to them for fashion inspiration. When a teenager sees their favorite celebrity wearing something they like, they will buy the exact same outfit so they can look like them. Then, they will show off their clothes to friends. Teenagers watch all sorts of reality shows and met gala red carpets to keep up with their favorite celebrities’ styles. They even mimic celebrity hairstyles. This is how teens figure out who they are. While celebrities may not explicitly influence their audiences, they indirectly affect their ideologies. Once an Instagram influencer or celebrity publicly endorses a piece of clothing, it creates societal acceptance and enhances the overall brand image.

When teenagers are growing up, they are naturally beginning to discover their independence and create an image of themselves. One of the ways that teenagers express themselves and tell the world about themselves is through their fashion sense. 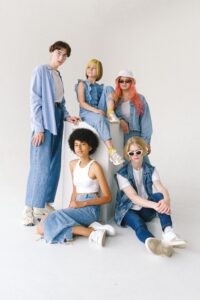 Teenagers, who are on the threshold of becoming adults, lack adult freedoms because they are still under a parent’s roof. Even though they don’t get to decide if they go to school or what time their curfew is, they can decide what to wear. A style-obsessed teenager is working towards independence by choosing how they present themselves to the world. The downside is that they may use fashion as a way to rebel against their parents.

A society’s fashion is what defines it, especially for the younger generation. It promotes unity and worldwide peace. In this article, we talked particularly about why teenagers care about fashion more than others. If you like to know more about fashion, follow me on Instagram or subscribe to my youtube channel to see my try-on hauls as an Instagram influencer. Feel free to contact me for any further information!