Since the menswear and Haute Couture shows of 2022 have concluded, buyers, editors, and fashion obsessives are already looking ahead to the upcoming fashion shows of 2022, which begin in New York, London, Milan, and Paris in February. I have been asked a lot about putting together a fashion calendar, so I feel it’s my privilege to do so as an Instagram influencer.

The schedule in certain cities has been announced as a provisional one. However, rising infection rates from the Omicron Covid-19 variant in the United States and Europe are already affecting the line-up. As an Instagram influencer, I’ve gathered this detailed fashion calendar to inform you of all the upcoming events in fall-winter 2022.

More than 200,000 people attend New York Fashion Week each year, which generates more revenue for the city than the U.S. Open tennis tournament and the New York City Marathon combined. Fashion designers pay up to $100,000 to have a celebrity sit in the front row during NYFW so that their lines will receive more press attention.

With New York Fashion Week moving away from Bryant Park’s traditional tents, the city made good on its promise to provide a larger venue for the biannual event in 2010.

As of September 2010, New York Fashion Week has taken place at Damrosch Park within the Lincoln Center complex. Several years later, some of the biggest names in fashion started dressing elsewhere.

Many of today’s biggest names in fashion hold their shows in unique settings, from the Brooklyn Navy Yard to the Museum of Natural History, to various spaces in Tribeca and other showrooms around town.

There are also several emerging men’s and women’s brands to consider, including Connor McKnight, Puppets and Puppets, and Interior, plus the sophomore show from Peter Do. Tom Ford, who was scheduled to close New York Fashion Week, canceled his show due to the implications of the Omicron variant.

The London Fashion Week is organized at the exact location twice a year. This event takes place at Store X, a creative center located in the famous Strand. The organizers moved into this location in 2017. It is one of the most popular locations for high-profile events. Several top fashion houses have presented their collections there, including Louis Vuitton.

After the British Fashion Council (BFC) was established in 1983, the first London Fashion Week was held in 1984. It was the debut of the legendary John Galliano and the glamour icon Vivienne Westwood.

Several weeks after the U.K. government’s lifting of most Covid-19 social restrictions, the British Fashion Council (BFC) released the official schedule for the London Fashion calendar 2022. In an indoor setting, wearing a face mask became optional on January 27, 2022. Molly Goddard, Erdem, and Roksanda are some of the most popular designers in London. As a social media influencer, I’ll be closely watching the new labels like Nensi Dojaka, Supriya Lele, SS Daley, Ahluwalia, and Daniel W Fletcher, who will be joining the London Fashion Week. 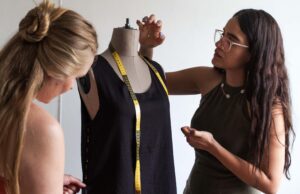 The Italian fashion calendar has not yet been announced, but you can expect to see physical appearances from labels such as Fendi, Prada, Dolce & Gabbana, etc. The schedule will also feature the return of Gucci after a two-year hiatus, the debut of Bottega Veneta’s artist Matthieu Blazy, and the runway debut of Diesel under Glenn Martens.

During the early 1900s, French designer Paul Poiret began hosting lavish parties after his shows to market his collections. After parties with celebrity guests are now a tradition for established designers to network with friends, business partners, clients, and press members (by invitation only, of course).

Paris Fashion Week was first held on November 28, 1973, and was supervised by Eleanor Lambert, New York Fashion Week founder. The event marked the first time in Paris that Haute Couture, prêt-à-porter, and menswear collections were displayed together.

Please follow me on Instagram or check out my website for the latest updates on all the upcoming fashion shows in fall-winter 2022. As an Instagram influencer, I am here to guide you to find the latest trends in fashion which will help you create stylish outfits every day. Feel free to contact me if you have any questions!

How Can I Find My Style?

What are the Different Makeup Styles?